Your most recent gig

Thanks, I'll give it a try. If it does get too close to advertising, let me know and I'll rectify it asap.

I do feel quite lucky that I have this job.

Tonestar1 said:
I was at the Happy Mondays last weekend in the O2 academy in Glasgow. Was good fun but you could tell they were just going through the motions if you looked a little deeper. I've got Primal Scream coming up in December in the Barrowland which I'm really looking forward to. The Scream could easily fill one of the larger and more corporate venues at a far higher ticket price. Bobby G and co just want to play the barras at Christmas, should be a cracking gig.
Click to expand...

What form do they take nowadays? Shaun and Bez? I see Rowetta pops up every now and again at various events.

As for my last gig - Hot Chip at Rock City in Nottingham, never been there before, but a great venue and a great evening.
Reactions: Tonestar1

Been to see Birds of Chicago in Manchester two weeks ago. Not the best room acoustics and a short set. Love them regardless.

Next up Fink again in Manchester that's on Sunday. Can't wait
C

Following on from one of my earlier replies, here are a few pictures from my latest gig. This was recording the Sheffield Philharmonic Orchestra at Victoria Hall in Sheffield.

Here's a snap of the mid-side mic setup I used for most of the capture: 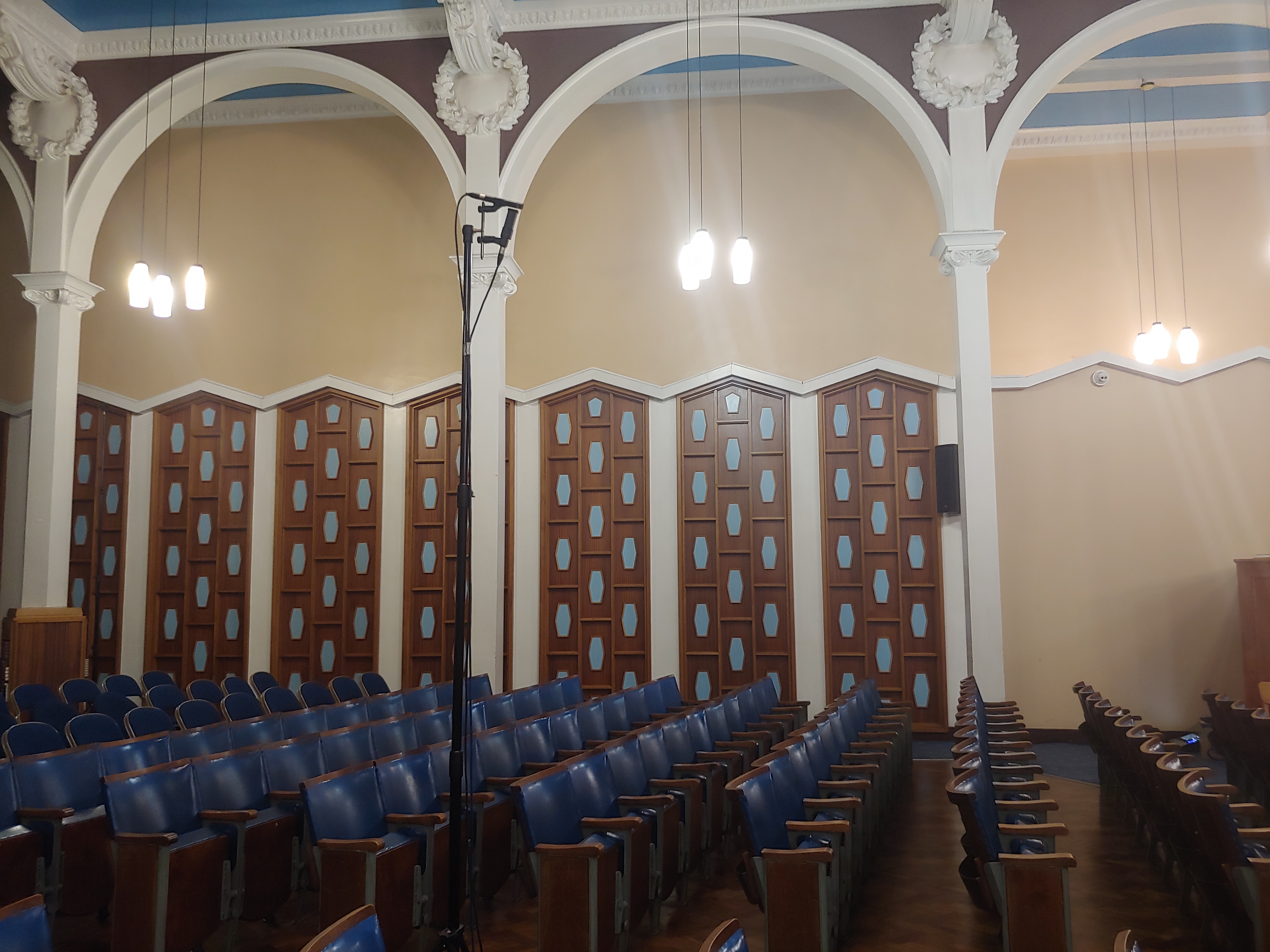 The eagle-eyed among you will spot another couple of mics (on very tall stands) here: 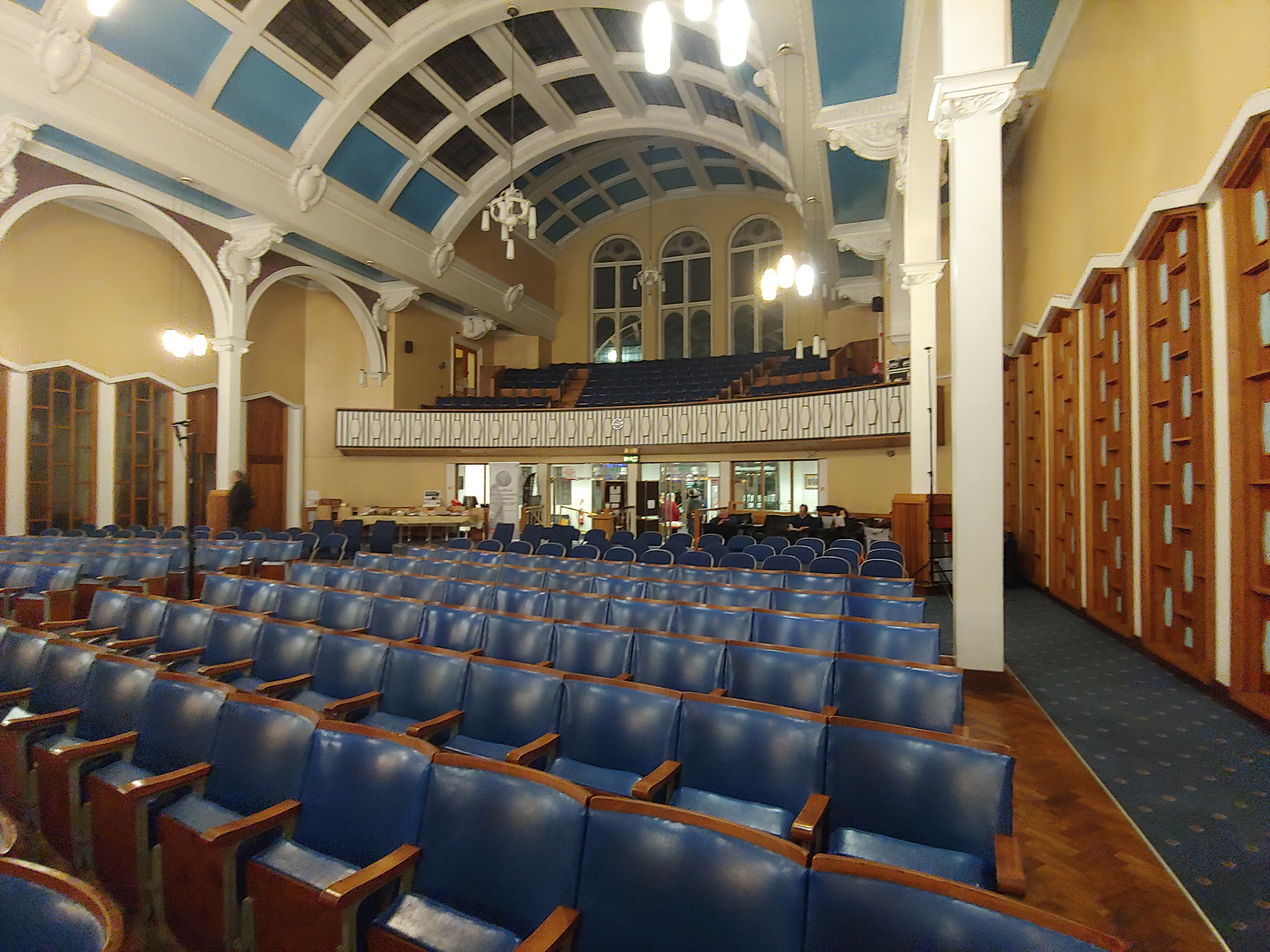 There was also a spot mic for a solo violin, but it wasn't really needed - the conductor (George) kept the orchestra under control so the soloist could be heard well.

Recording HQ, sat on the carpet: 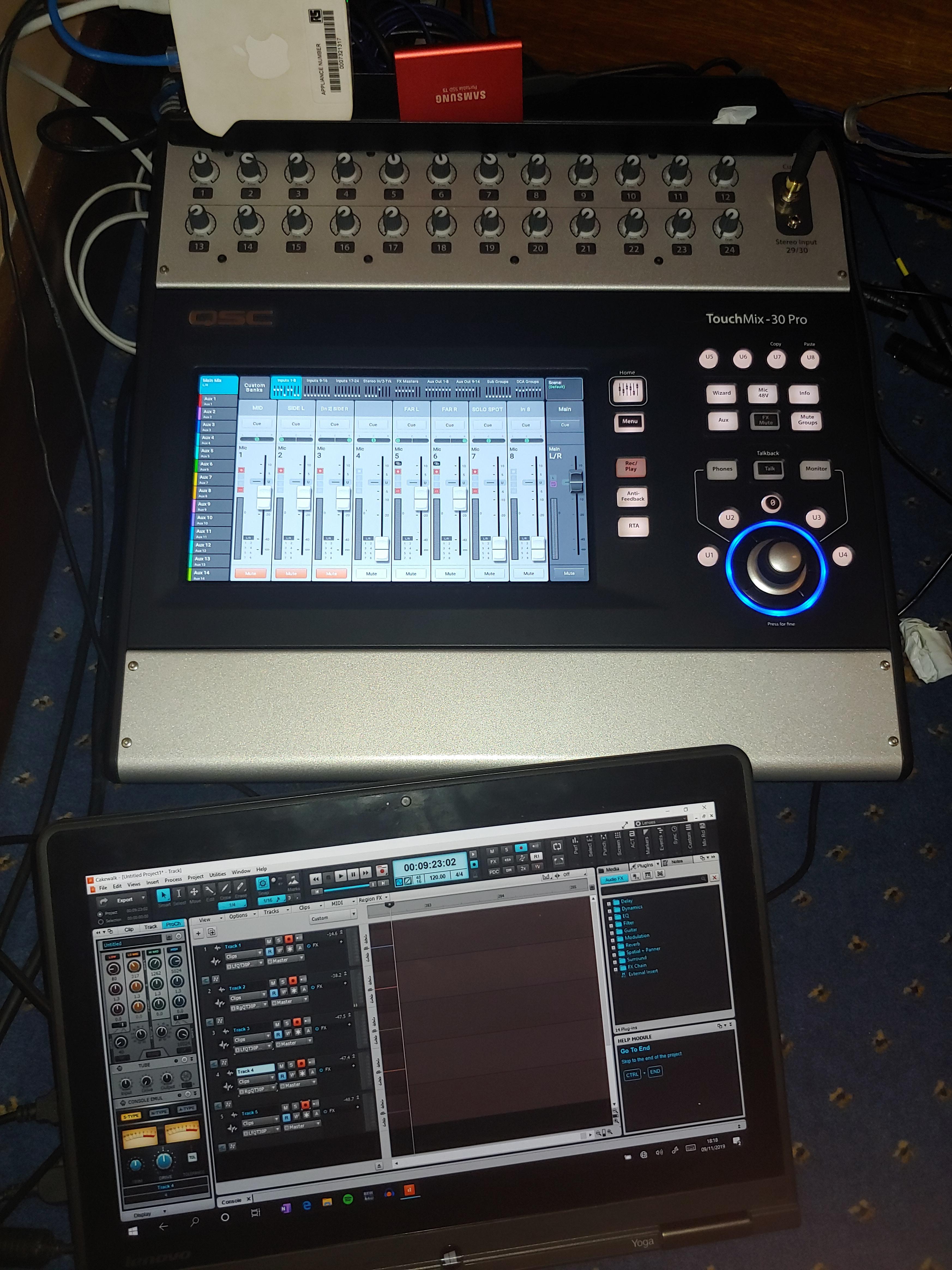 The mixing desk writes directly to a solid-state drive, and the laptop is used for backup purposes in case the main drive fails for whatever reason. There's an Apple Airport Express which I use to make a WiFi network - I can then monitor the mixing desk from an iPad, which is handy. 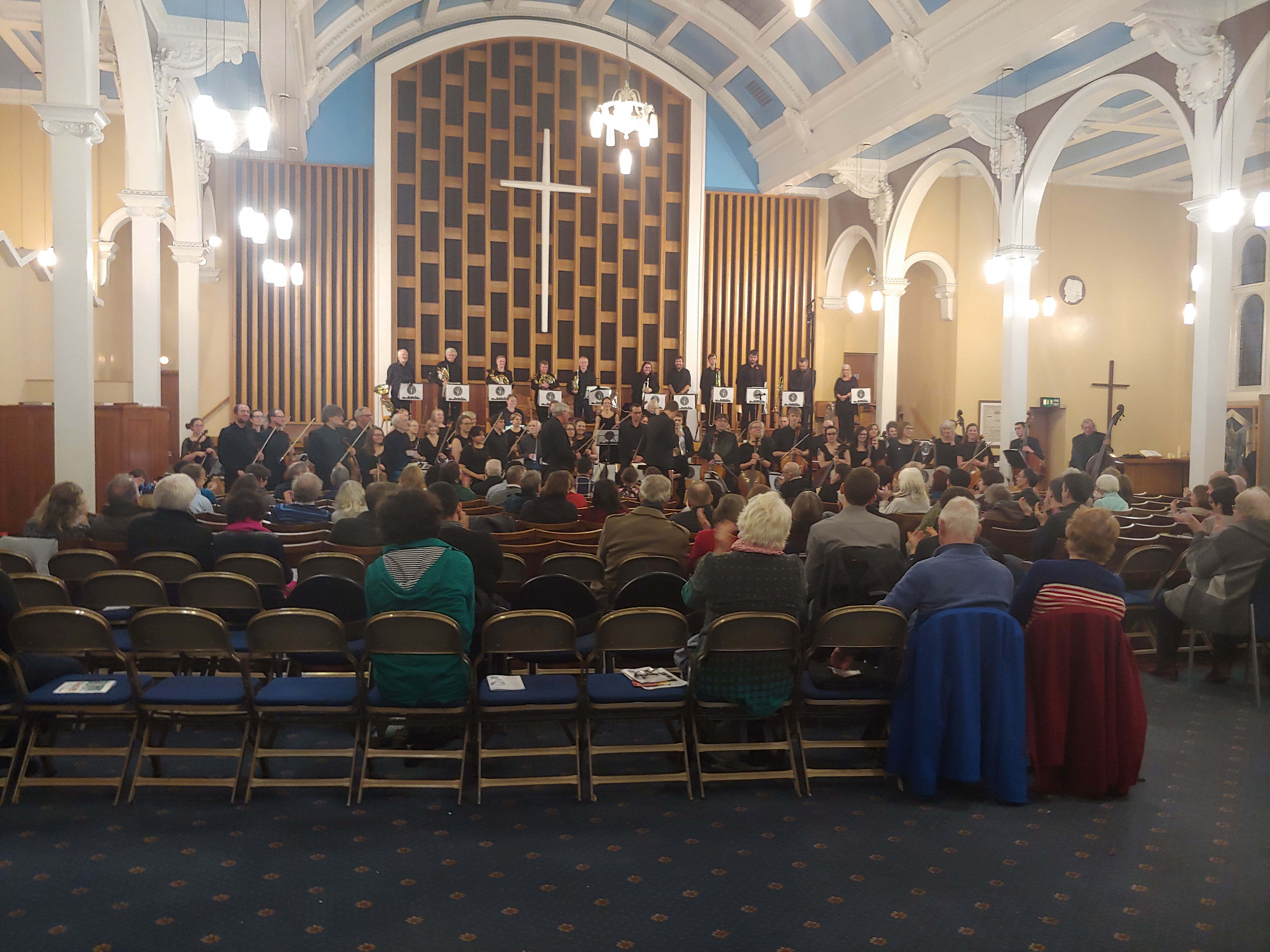 Being in the room is about as high-fidelity as it gets, but I think I captured the sound well.

I'm waiting on the go-ahead to share some of the recordings, but I'd like to share them here if that'd be allowed. The processing has been pretty minimal - just some light compression to reduce the dynamic swings. In theory, then, it should be a good listening experience.

Portico Quartet. The drummer Duncan Bellamy is now my favourite drummer ever. Somehow he combined immense speed with incredible subtlety.

Fink last weekend was sensational. What a great performance and a genuinely nice guy. Support from Sophie Hunger was a nice touch too.

Rhiannon Giddens playing in Buxton this Wednesday and if my company car gets sorted by then I should be going.

JamesOK said:
What form do they take nowadays? Shaun and Bez? I see Rowetta pops up every now and again at various events.

As for my last gig - Hot Chip at Rock City in Nottingham, never been there before, but a great venue and a great evening.
Click to expand...

Hi, Bit of a late reply as I was away on holiday, all three of them were there this time. Hot Chip are a great live band though I've not seen them for a good few years.

Devin Townsend at SWG3 Glasgow. According to Songkick, which has been an excellent way to track bands, that is my 100th gig.

Primal Scream at the Barrowland on the 17th Dec. Was a fun night, bit of a homecoming gig for Bobby G and the crowd enjoyed every minute. Jim Beattie (founding member) even made a appearance.

I am getting tickets to see My Chemical Romance play at MK Dons Stadium this June!

And So I Watch You from Afar have cancelled their gigs, so for the first time in a long time, I have no next gig to look forward to.
S

Just got back Della Mae at The Greystones Sheffield. Not really my kind of thing but they were very good. Enjoyed it

gel said:
I am getting tickets to see My Chemical Romance play at MK Dons Stadium this June!
Click to expand...

Got my tickets for My Chemical Romance I ended up buying 4 one of my dad and 2 for my nieces and me. Restaurant hospitality tickets and on the balcony great seats!
Reactions: sonic1

I went to see The Lathums at King Tuts on Thursday night. Young up and coming indie band. They were very good. The place was jam packed and they could be one to watch out for.
C

Well, my most recent gig was an interesting one. Small corporate event in an aircraft hangar.

Speakers are custom-built by yours truly, featuring a Faital Pro 10HX230 in a medium-sized ported box. Power was from a Powersoft T604, and there was a 12" subwoofer hidden somewhere outside of this picture.

gel said:
I am getting tickets to see My Chemical Romance play at MK Dons Stadium this June!
Click to expand...

Looks like I will probably be getting a refund.
Reactions: anort3