What vinyl are you listening to?

DIB said:
I'm an avid listener to Radio Paradise and one of the current bands that they play regularly, and that I really enjoy is The War On Drugs.

Popped into Fopp Records today and bought myself their Lost In The Dream album..

my album of the year. Absolutely love it. Saw them at Latitude festival and are amazing live, one of the highlights of the weekend together with Damon Albarn, Anna Calvi, Jungle and Goat.
B

I'm really not knocking The War On Drugs, and there's quite a few people that rate the album very highly, but having heard the track "Burning" quite often on 6 Music, I can't help but think it sounds like an 80s/90s Springsteen song crossed with "Young Turks" by Rod Stewart.

It's good music, but for me, it's been done before, and I just can't excited by it.

I went to Truck Festival with a few friends and my wife, and we were all of the opinion that a lot of new bands sound all the same, and it was really quite dull. Gang Of Four were the best band we saw all weekend, though a new band to us called MaybeSheWill were really good to see live, but I haven't checked to see how they sound on record.

Each to their own, and I'm genuinely not knocking TWOD, it's just my opinion of that track.
M

My short vinyl playlist for today. It is summer time and in Italy it is time to swim and to get tan And today I did that, oh yeah.

1) j.j. Cale - Reality. This is his second solo album, recorded between Nashville and Muscle Shoals, IMHO it is underrated by many, I really like the songs and the record. I own the original american Shelter records pressing and it sound very, very good.

2) Squeeze - East Side Story. Never been completely convinced by the Squezee. I listen to this record again becouse american Rolling Stone Magazine made a chart of 15 hits in which the singer was not the main lead singer of the band, and one of this songs is Temped taken by this record and the singer is Paul Carrack, at the time new for the band. I have to admit, after like 15 years I didn't heard this record, I had a great impression especially about the more rocking first side. Second side, more uniform and pop, it is still full of great songs. I will play all the early records of the band to see if others of them records will be such a surprise like this one was after all this years. The copy is a generic european pressing, then it sound ok. Bought at the time!!! 1981.

3) The Valentines featuring Bon Scott - This is a vinyl reissue of one of the first bands good old and sadly missed Bon was in. This is an australian print and it sound great considering the original masters were from the mid sixties. I read on the notes, the band at times was considered a bit too much bubblegum, and this is not true, becouse this is a urgent, british style, mid sixties rhythm and blues records of covers. I like it! I think I bought this in the mid nineties.

4) Isaac Hayes - Hot Buttered - This Stax record needs no introduction. A guaranteed five stars after all this years, I like the first side best, then it is definitely great. The original copy I played, suprising, it is an original british copy, cover printed and made by Garrod & Lofthouse Ltd. Now I have to check if I do have the american Stax copy too (becouse I do collect Stax and I think I do have pretty much all they printed originally from the USA, LP and 45) and why I do also have this english copy, I can't really remember when I bought this, I was pretty much a kid, I think 13, and sometimes I can't remember well everything about those gloriuos times
B A genuine talent who sadly died aged only 26.
B ... sounds bloody marvellous, and I couldn't give two hoots if anyone else doesn't.

Love Curtis. Only have a couple of 'best ofs' on CD, would love to get a few of his albums on vinyl.

God, I love this record and his first solo album, 'Curtis.'
M

Who remembers mr .Paul Young? I do, especially after I saw him in his early days, I think was early 1979 in London, open for The Kinks with his six peice rhythm & blues band called The Step. In that occasion I also bought the only 45 (Let Me Be The One/6345789, One Direction yellow label) of the band, I just can't remember where the show was, it was in a venue near Trafalgar Square. If someone here have memory of that great show, please help me to remember the venue, or if he just know which was at the times that famous club near Trafalgar Square . I can remember the music, I pretty much remember both the great shows of the openers Steps and the hard rocking Kinks of that era.

The Step IMHO still are the best band Paul had, even if I saw him like three times when years after (I think between 1985 and 1988) he was singin about the love of the common people as a solo artist Not bad, then just another story.

Before the Step Paul was with the Streetband. They recorded for the Logo label in england in 1978.

The vinyl is white, the name of the record is London and the songs over it are poppy tunes. Paul voice is still thin, the Chaz Jankel main production give the record some Blocked style funky. I can see the record was made at the Kinks owned Konk studios: good old Paul was probabily a friend of the Davies brothers, considering the studio rent and the slot as opening for The Kinks in 1979.
J

I've long maintained Jeff Beck is the most imaginative guitarist I've ever heard...he does things nobody else even dreams about.
B

Jim-W said:
God, I love this record and his first solo album, 'Curtis.'
Click to expand...

They're the two I have, I bought them when they were re-issued in the mid to late 90s by Sequel (I think).

Do check out the Baby Huey album though Jim, there's some Curtis stuff on that, but the track "Listen To Me" will blow your socks off.
B 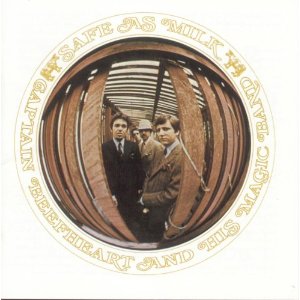 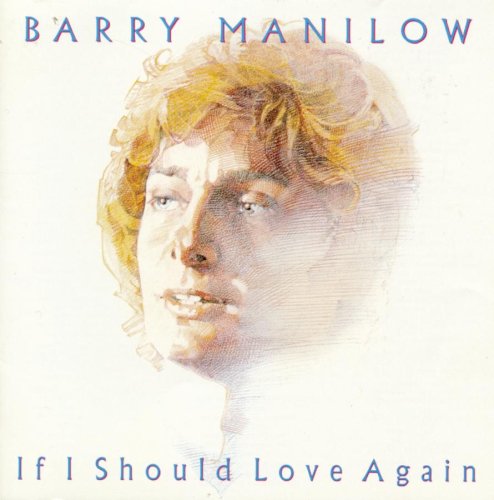 Barry Manilow - `If I Should Love Again`

Still one of my favourite Manilow albums. Stand out track - `Somewhere Down The Road`

I`ve had this album for 33 years now and it`s still in nice condition.
T

Finally finished doing up my old Revolver turntable: a ridiculously priced elastic band ie new belt and a Nagaoka MP-110 so I've been spinning quite a few vinyls on my refurbished vinyl player.

I can't speak too highly re the Nagaoka; this is a detailed, open cart with great separation and a proper vinyl (ha!) sound. Gets better with every play too: there's loads of air, bass becomes more defined and the treble improves. So impressed, in fact, that I'm ripping out the 2M Blue on the LP12 and the AT 110e on the Axis and replacing them with the MP-200 and MP-150 respectively. I won't be eating for a few weeks though.
M

Glad for you this round it isn't time for some John Denver vinyl
Click to expand...

Whilst I appreciate your sense of humour, Mr MaxD, I fear you may be mistaking me for another esteemed forum member. Check your back posts, man.
G

Nick Cave & The Bad Seeds - Push The Sky Away

Led Zep - Physical Graffiti & In Thru The Out Door

Wonderful album. Going to stick it on tonight.
W

My other half has taken the minion to the in-laws for 3 days. That's 3 days of records! Well, evenings at least. Starting off with:

That is one seriously good album. I only have a medium bit-rate MP3 download bought years ago off eMusic (remember them?) but it's a top album. I think I'll play my CD-R copy tonight.

Have you heard their second album - The Black Chord?

Also very good, and yes, I have it on vinyl. *biggrin*
B

Pale Saints - In Ribbons (I still love this album)
J

Burning Spear-'Man In THe Hills.'