Continuing the marathon with this

What did you think?

I loved season 1, but have pretty much hated heroes from season 2, but stuck with it until half way through this season, when it finally dawned on me that it was nicking 45 minutes of my life every week and I didn't HAVE to watch it!

I tuned in for the double header, thinking it might be a return to form, with at least a good cliff hanger. Nope. I found it laugable, they really should have stopped at season one, the premise doesn't have the legs for more than that.

Luckily, no-one watches it in the US anymore, so, unless we throw it a lifeline (a la 'Baywatch'), it'll get cancelled.

Hi bretty. Now you mention it, it has lost its way, but I still find it one of the better shows on TV. I just want Silar to die and then the rest of them to start fighting crime and rescuing flood victims like that other brilliant and similarly titled show 'My Hero'....

Carrying on with the "Tarantino" theme, watched these earlier.

I hope they all died in the big nuclear explosion and that is the end. I don't care about the numerous twists, sub plots and the meaning of the numbers. There was no one on that show apart from Hurley who I could raise any sympathy for.
A

we watched The Strangers on friday night. How scary is it? One of the best films i've seen in a while IMO.

'Sons of Anarchy', pushing the boundaries of belief to an absolute limit. It has been advertised as a gritty, gripping drama. But so far it has been far fetched, cliched and low rent production waffle.
B

fast eddie:we watched The Strangers on friday night. How scary is it? One of the best films i've seen in a while IMO.

S'funny, 'cos I thought it was about as scary as an episode of 'In The Night Garden'. Bored me silly.

'Z&MMAP' was quite good, I like Seth Rogen in most of the stuff he does, and I was surprised to find it was a Kevin Smith film. Thought it'd be an Apatow like most of the other stuff with Rogen in. It was funny, but it's not a classic.... Better than 'Pineapple Express' by a country mile, but it's no '40 Year Old Virgin'.

'The Spirit' was funnier than I thought it was going to be, but disjointed. Sadly, the 'Sin City' style which I thought was very clever at the time, and suited 'S.C' to the ground, just comes across as "Oh, they're doing the Sin City thing again'. I think they could have upped the ante, but they didn't. Not bad, but not something I'd watch again, let alone go out and buy.
A

I guess for me it was at the start knowing that something was going to happen and then just waiting for it that made it worse, as at times they werent even doing anything out of the ordinary but i was trying to spot when 'they' would appear.

I also prefer that kind of horror than the all out hacky slashy stuff.
B

fast eddie:I also prefer that kind of horror than the all out hacky slashy stuff.

I'm with you there. 'The Ring' creeped me out more than anything else I've seen recently. The Japanese version even more so.

Question Time Special on corrupt, sorry high spending MPs. No, I was right with corrupt. I like my weekly shout at the TV.
B

Watched 'Changeling' last night. Very good film and much more interesting than I thought it was gonna be. Definitely worth a trip to Blockbuster for.
A

Big Chris:fast eddie:I also prefer that kind of horror than the all out hacky slashy stuff.

I'm with you there. 'The Ring' creeped me out more than anything else I've seen recently. The Japanese version even more so.still need to see this. i think i have the book somewhere which i also need to read. 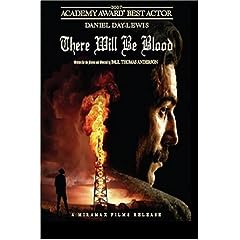 This classic on c4
B

I saw that listed. Was gonna watch it, then realised I had it on DVD, so thought I'd watch 'Donnie Darko' on BBC2 instead..... Then thought I'd never make it to the end without falling asleep........ I was right...... 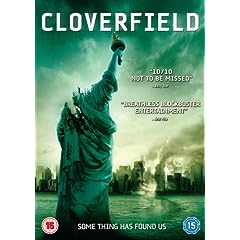 Got it for a fiver and worth it.

fast eddie:Big Chris:fast eddie:I also prefer that kind of horror than the all out hacky slashy stuff. I'm with you there. 'The Ring' creeped me out more than anything else I've seen recently. The Japanese version even more so.still need to see this. i think i have the book somewhere which i also need to read.

Really creepy film, the best sort of horror as it implants all sorts of thoughts in your mind.
J

I thought Strangers was good to, it freaked me out anyway.

I watched BEN HUR yesturday on my special edition DVD (fully remastered) its a great pic for DVD & i absolutely love the film, hope there will be a bluray version soon
A

saw this last about 3 weeks ago at the movies and its already out on blu ray so i had to have it damn its great the film is awsome on its own but the concert footage is what really makes it outstanding the picture quality is great but the audio on blu ray is just perfect.

Having missed it when it was on TV I'm currently catching up on (and greatly enjoying):

A lot of entertainment for the £10 that the box set cost me, and its the sort of thing I know I'll watch again because of the excellent acting.

House, Season 5 on Sky. Opened with a double bill of cracking episodes.