Yeah I totally don’t care 😂 you can never please a forum. You are either doing too much or too little or you should/shouldn’t have done something, all the while I was dealing with literally hundreds of spam posts most never saw. All I remember from back then is people talking about active speakers like it was the most pressing and important and contentious issue of all time. That lot were upset about everything so I’m not gonna worry too much if they think I didn’t do enough 😂
Reactions: gel
P

Back on topic though, if you fancy signing up to a crunchyroll trial, Golden Kamuay and Fire Force are both absolutely top notch, highly recommended
Reactions: gel

Paul. said:
Yeah I totally don’t care 😂 you can never please a forum. You are either doing too much or too little or you should/shouldn’t have done something, all the while I was dealing with literally hundreds of spam posts most never saw. All I remember from back then is people talking about active speakers like it was the most pressing and important and contentious issue of all time. That lot were upset about everything so I’m not gonna worry too much if they think I didn’t do enough 😂
Click to expand...

Exactly! Still remember deleting hundreds of spam threads at 2am on a regular basis which the forum members never knew. It was all a thankless job really.
Reactions: Paul.
D

bigboss said:
It was all a thankless job really.
Click to expand...

gel said:
Funny how the old moderators never did any moderating and all the new ones do though!
Click to expand...

That's a bit harsh! I thought the old Stasi were quite good. Jury is currently out on the new Stasi... but at least we can see who they are now.
P

Been off this afternoon as I haven’t been well. Watched Penguin Highway, such a good film! Up there with the best Ghibli

So I have watched quite a bit of anime. The ones' that have left the most impact on me i'd say are:

If you are in need of any recommendations/preferences, let me know.
P

I’ve watched almost all of those, good stuff on that list

I keep meaning to watch you lie in April but I don’t think I’m robust enough for sad things at the moment 😂 Saying that I’m desperate for another season of March comes in like a Lion.

I’ve watched an obscene amount since this thread started five years ago. keep any recommendations coming though. Any stand out shows from this season? Gymnastic Samurai was great, Jujutsu Kaisen is good too.
T

Your Lie in April presents a very solid story. Definitely sad, but eye opening at the same time. I can definitely say my way of listening to music and how i appreciate it changed after watching this. The highlighted emphasis of 'What does sound/music make you feel' is something for me many modern day singers fail to realise, and what a good OST delivers on in spades, the OST for this being no exception.

The last song I can think of that managed to best match lyrics harmoniously with how a song 'makes you feel' based on its intention is Daoko's Fireworks: View: https://www.youtube.com/watch?v=-tKVN2mAKRI


Although i didn't think too much of the film, if you wanted an advert to sell it, Daoko over delivered for them with this.

The Two Standouts this season for me are:
- Attack on Titan: The Final Season
- The Irregular at Magic Highschool: Visitor Arc
P

Been working my way Garden of Sinners (Kara no Kyōkai), absolutely amazing stuff. It’s based in the Nasuverse so similar themes and ideas as the Fate series but not directly linked to fate. Animation is by ufotable so it’s A+. It’s on the darker side so bit more fate Zero than carnival phantasm 😂

Watched paradox spiral this eve, genuinely one of the best anime I’ve ever seen.
T

Garden of Sinners is dark. I've got the OSTs, but not watched all of it yet. It's on my to finish list.

I haven't watched to much lately, I've read more manga and light novels to be honest.

With Attack on Titan Final Season (ep10/16), i'm up to date with the Manga as well, I have this horrible feeling that they are going to pull a Game of Thrones on us and finish the Anime with a different ending before the Manga completes. Considering how good it's been if they do that, I won't forgive them.

Started watching the "Hortensia Saga". Seems light hearted in comparison. Seems to be centered around a Royal with a masacred familly hiding whilst building up their strength.

"Redo of Healer" seems to be rated highly as a new series, but having read the some of the manga and being put off because of how depraved and sick it is, I don't have any intention of watching that.

I'm going to start watching "Jujutsu Kaisen". I've heard flutterings of an SAO progressive film which could be good as for me the original SAO was never explored enough, being the best of them. Now that Alicization is finished I was hoping they would have ended it, but you know, in the next series that isn't progressive they've done to much to set Kirito up with a showdown either with a 200 year old mental AI of himself or Kayaba's mental copy.
Reactions: Paul.
P

I got a little bit obsessed with sprinter by kalifina from garden of sinners sound track! I’ve really enjoyed Jujutsu Kaisen, definitely one to watch. That show is really well balanced.
When you say redo is sick, how do you mean? I’ve not tried it yet, too much isekai. Truck kun has been busy.
I find when I’m a bit down I always get drawn to wholesome stuff, rom coms, slice of life sort of stuff. Horiyama is really nice, been watching hitoribocchi as well.
oh, and I realised I really should have watched the monogatari series by now so have been working through that. It’s like when people keep it a secret that haven’t seen the godfather 😆
Reactions: ThisIsJimmy
T

Whilst some of Kalafina's tracks are memorable with the band serving as a vocal point for more or Kajiura Yuki's vocal works, I like her compositions better. Madoka Magica for me is the chilling apex of her work, and her music style just matches the Anime perfectly. Although it's not credited i'm pretty sure that Kalafina acted as the backing singers on "Sis Puella Magica" ("Be a Magical Girl"...how ironic!). I always shiver when that song comes on as it's always after Kyubey has trampled on the girls existence or brought into question our humanity. I will admit, it is one of the few anime that has given me nightmares. Caused not by anything from a visual standpoint, but from a psycological perspective......god damn you Kyubey!!!

Redo of Healer.....a healer who is a 'hero' (think it's an Isekai) who basically gets treated like rubbish in the initial run through and on beng killed by the princess gets reborn again right at the beginning before everything happens, but with his memories. Needless to say, already being broken, from a tortured existence of his first reborn life, from a revennge standpoint, everything is on the table, and well below the gutter line.

I too rate the following quite highly (having sought out and bought the Blu-ray)—it's slow but affecting, you can watch it with VPN set to U.S.:

"Taken individually, the parts offer nice little vignettes, but taken as a whole they paint a broader picture about the progression of life and love. The ending, which is where this work differs most from Shinkai's previous efforts, will doubtless be controversial and may leave some fans unsatisfied, as it opens itself to multiple interpretations."


There may be other films by Makoto Shinkai available on your Netflix, he who directed Your Name: 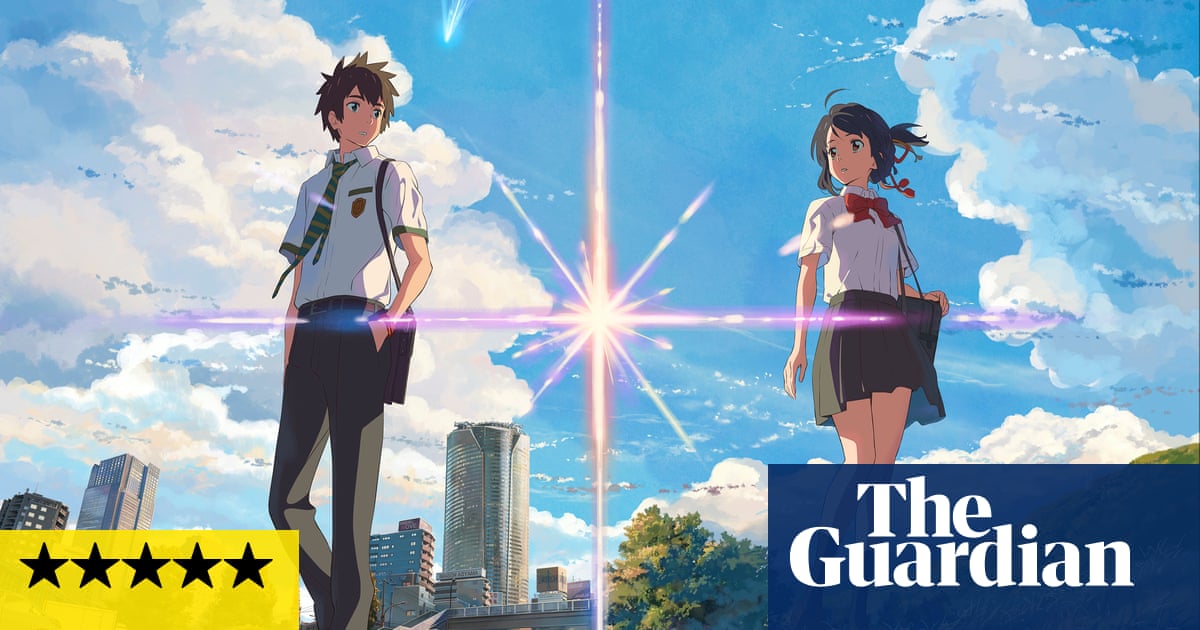 @Wil added to the list, thanks. @ThisIsJimmy I've never watched Madoka Magica, I’ll give that a go too.

Im on the hunt for new shows at the mo as the current season is ending and I’m running out of monogatari. Started watching Wave, listen to me! That’s really funny so far.

Paul. said:
Im on the hunt for new shows at the mo as the current season is ending and I’m running out of monogatari. Started watching Wave, listen to me! That’s really funny so far.
Click to expand...

On CR, there's only one current series I'm following:


Past seasons, quickly naming 3 that I'd to rewatch:

Your Name i've had on my watch list for a while. I'd forgotten about that, thanks Will. Will give that a watch this weekend. Also going to watch Magia Record, the sidestory to Madoka Magica.

Also got on my shortlist Promare, and Plastic Memories.

March comes in like a lion was amaaaazing. Love it.
Ive had children of the whales on my Crunchyroll playlist from when it came out but never got past the second episode. Not that there was anything wrong with it, I think I just had too much to watch at the time. Will have to revisit!

just finished owari monogatari second season, that was so good. Would put it on the top shelf with Fate Zero. The latest Season isn’t available to stream anywhere, may need to bite the bullet and just buy it.
You must log in or register to reply here.
Share:
Facebook Twitter Reddit Pinterest Tumblr WhatsApp Email Link