My Hifi and Home Cinema Set Up

where did u get the head phone stands from? thanks

matengawhat said:
where did u get the head phone stands from? thanks
Click to expand...

my review of this TT can be found under the Turntable section of this forum:

And I must say that I have reached the level that I long for with this latest acquisition - The M1 ViNL phono stage.

Review can be found under the turntable thread in this forum. Followed by shares in the local power company.
M

Looks like you have a wonderful Hifi obsession there, Fantastic, I'd love to hear the D18's in full swing!

Ooooohhh I wish I have that extra dough....
T

:? Isn't it supposed to replace the other ones?

:? Isn't it supposed to replace the other ones?
Click to expand...

Yes sir....the rest of the remote is non functioning ie no batteries.

Thanks. it has been an adventure to acquire those kit.

moon said:
Looks like you have a wonderful Hifi obsession there, Fantastic, I'd love to hear the D18's in full swing!
Click to expand...

Obsession is the right word I think

Yes D18s is a wonderful speaker. Been using it just over a year and the sound is just superb....Just waiting for the right moment to bi amp them again. Unorthodox set up at the moment...received the Siltech together with the M1 PWR amps. The rear of the D18`s looks great with the new Siltech. I bet it sounds at least twice as good as it looks....

24 hrs review of Siltech speaker cable.
Its been more than 24 hrs now since I hooked up the Siltech to the D18s. Truth be told, I didnt really have to burn in the speaker cables as I have asked The dealer to pre burn it with the ProBurn machine for 48 hrs which is supposed to be equivalent to 200 hrs of running in. Heck, dont ask me about the physics behind the ProBurn. Its a free service I get from The dealer so I took it. Previously I have purchased 2 QED interconnects, one pre burn and one brand new. There was actually a different in the sound produced in my set up.

So, let me talk about the plan first. Throughout the past 4 years since I resumed the upgrade path after 8 years of not doing so, I have changed cabling (here referring to IC, power cable and speaker cable) from Cambridge Audio to Ixos to QED and now to Siltech.

My introduction to Siltech was not a planned one. Since I got the M6i amp, I have always wanted to hear how XLR sound from my M1 DAC. So at first I was loaned 2 models of VDH XLR, but the sound from them was rubbish for my system. Which I was a bit dissapointed after hearing a lot good saying about using XLR. So then another dealer loaned me a pair of Siltech XLR. Boy, I immediately fell in love with the sound. Since then, I wanted to see how and what if I have a complete Siltech signature for my cabling to match the complete MF set up I have.

The second came was the RCA interconnect to connect the CLiC to the amp. Then the CDT transport to the DAC, I needed an XLR digital interconnect as well. Then came in the power cable for the M6i. So, until now my cabling from 3 sources (CDT, CLiC and DAC) and the amp are all by Siltech. The synergy between Siltech and MF kit, to me is very very sweet, warm and lively. But then, I was still using QED as the speaker cable. So the full cycle have not been completed. But I had to wait for some more funds to come before parting money for the most expensive cable I have ever purchased - this Siltech Classic Anniversary 330L speaker cable.
Thats the history.

Now the review. To avoid confusion, I have disconnected the new power amps and just let the Siltech run my D18 with a single wire configuration ie the M6i is running both the tweeters and woofers, just like before.
The speaker cable although looks thick, it is actually lighter than I thought it would be. I had a concern that in time, it would bend the speaker terminals due to the weight hanging from the cable when I have plugged into the terminals using banana plugs. The cable is flexible enough to easily handle it and plug into my amp. The banana plugs have a see through plastic covering over the metal plugs itself.

When you purchase this cable, it comes in a box and placed in foam. A certificate with 2 serial numbers is also supplied reflecting each of the cable serial number.
So my setlist for the review consists of:
1. Aaron Neville on CD. Playerd on CDT feeding the M1 DAC to the M6i amp.

2. Andrea Bocelli, Diana Krall and The Eagles on hi res music via CLiC

The first thing I notice was some how the speaker cable have amplified the sound a bit. The usual volume level seems louder than before but it did not loose the subtlety. So first up was Aaron Neviile - Lousiana 1927. Hmmmmmm.... The vocals came out to be full of soundstaging. Its hard explain its as if you are watching a 3D movie but for audio. There were layers behind his voice that I could not experience before.

The best part was that it enhance the low end notes but without providing the excess boom. I was kind of worried the the bass will be to overwhelming for my room. But NO. Play Hotel California and the drums on that tracks just comes out sounding original and even more controlled than before. The wire brush on the snare on one of Diana's track sounded airy and spreaded across the room. I can actually visualize the drummer's hand spinning the wire brush around the snare. Again, its like 3D for audio.

Then comes out Andrea for the ultimate vocal test. Again, it feels like his voice was uplifted and airy. But its all balanced out by the low end produced by the woofers. No pinching experience from the enhanced tweeter sound. Being hi res source, I again was worried that it give too much enhancement on the tweeters but the cable just manage to adapt itself to maintain the warm sound I like but at the same enhance or elevate the music atmosphere up a notch.

The final test was to see how it copes with a fast paced and multi instrument music. the Gypsy Kings Bamboleo track was definitely giving the cable a run for what its worth. The dynamics produced by D18s was something that I have not heard off before. so I had to attribute these dynamics to the Siltech speaker cable.

Now, is there such thing as a speaker cable that chokes back the music? At one point when playing Diana Krall I've Got You Under My Skin, I could hear some sort of struggle for the tweeters to reproduce a few of the piano notes. Was not satisfied with tha, I loaded the normal CD version of this track instead of using the hi res file. Voila, I didnt hear that strain on the CD. It might be a bad upsampling of the track.

Now, this speaker cable is not on loan for testing. I was so confident of a Siltech product that this time around, I paid and purchased the item first rather than the usual 'Can I Loan it First?'' Even the dealer was surprised as usually I will ask for a loan first before committing.
To summarize, I feel Siltech products provide a signature of dynamics, enhancement and uplifting which somehow creates a 3 dimensional experience. If not for all but at least for my MF set up.
Now.....thats the end of my cabling venture for a while. For now, its a keeper and the last piece of jigsaw to my cabling quest.
Next....MF M1 PWR amp review.
A

Thank you for posting such a loong and informative review. That would certainly help others before making a decision. The most important is that you are content with the purchase... Enjoy

Its been awhile since I last updated this thread. Since the Siltech speaker cable and MF M1 PWR purchase, Nothing much change except for the Bryston BHA-1 Balanced headphone amp, replacing my MF HPA. Also tried the MF M6 CDP but somehow, it did not gel with the M6i amp as I expected. So, decided not to upgrade from the M1 CDT/DAC combo.Waiting for the M6 DAC though and see whether that is a worthwhile u[grade or not.

It has been awhile since my last update. As my journey into the 2 channel have reached its peak.... I have started looking into upgrading my little home theatre....

First to be replaced was the Wharfedale SW150 sub...with an SVS sub 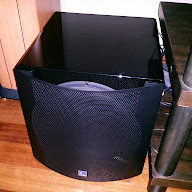 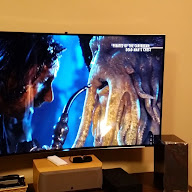 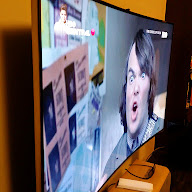 Next.....is to replace the Mission M34i front and Infinity centre.... to either Audio Physics Classic On Wall, PMC 21 or 23 and also PMC Centre.
M

I would love to read your review on all your new home theatre kit .