Actually, its more than a concept, they are existing speakers about 30 years old, that my old man made. They really sound nice and have a fantastic deep bass (transmission line). But the foam is deteriorated in the drivers and rattling. At the moment, they are black, see:

We are thinking of doing them up, giving them a makeover, with kevlar bass' and mids, and re-veneering in a dark wood/mahogony, keeping the current tweeters. I am quite excited by the project, so I made a 3d model, so we can see how it would look with different changes etc, i.e. different colors, with and without the metal fixing plates:

I will take plenty photos when we do it and post on here, so you can see, and will generally keep you updated!

Why are you thinking of Kevlar? Especially for a self build it seems like you’re making it a bit harder for yourself with that choice, I’m also a bit sceptical on the benefits over it over more traditional materials. I have B&W speakers so have nothing against Kevlar at all but always thought it was a bit of a gimmick. Wouldn’t a stiffened paper be a better choice? Have you considered anything else? I just think Kevlar is over engineering when there is no need for it.

Looks like a great project though! Really cool that you can update a speaker your old man has made, there’s something quite special about that I think. They look that pretty special speakers and I think with a bit of TLC you could have some serious performers on your hands.
H

Have you any experience with speaker design? If you change the drivers, the crossover will need to be completley re-worked. Any reason to go for Kevlar over traditional paper, or metal cone drivers? You will be narrowing your choice down a lot.

And also, that cabinet would have been designed for theose specific bass drivers, in what looks like a TL style enclosure. It will be tough to find a bass driver that has similar enough Theil Small parameters to work optimally.

Not to put a downer, but you my find after all the time and effort that it sounds worse than it did originally.

You could just get the current mid/bass drivers re-foamed to get them back to their best.

Kevlar flexes, and while this isn't a bad thing for upper bass (depending on your goals), it's a bad thing for low bass, as the driver needs to be as light and stiff as possible. You'll notice that B&W don't use Kevlar for low bass in their higher range models...
A

@ bluedroog: Kevlar, just to try something different, the frequency responses of the drivers we're thinking of using look ace, just as good as poly, although yes, there has been a bit of a debate about it . Will try and post the graphs later, see what u think, I appreciate the advice though, definately, and yes it would be more traditional to use plastic or paper, but of course we can always change if we are not impressed.

@ hoopsontoast: Me, minimal, I've read books and understand it quite well, but not done much building. My dad has done a fair few, about 4-5. I know exactly what you mean about not just "bunging in another bass unit", throwing out the phasing at the top port. It is an annoyance but we don't have the original drivers any more (the ones in it in the pic above are also replacements).

Yes, refoaming, definately an option. But like I said above the bass' are not originals anyway and from a cost point of view, it may be more expensive?

@ Frank: Point duly noted I will post the frequency responses later and you can see what you think, but to us it looks ok, I have just ordered some plastic subs for those Acoustic Research Rock Partners that I was asking about a while ago on here (remember, wedge shaped?) so we can try those in these instead of the kevlar and see, why not. They are the same size,

Won't be changing the crossovers I dont think, the sensitivities are close enough too, 90db on bass and 88db on mids, LF crossover is at 3K. My only slight thing is that these bass kevlars begin dropping off after 2.6K - I can live with that. They are 10" and start at 20Hz.
H

Which drivers are you looking at getting?
A

(Look at the size of the magnet on that lol) 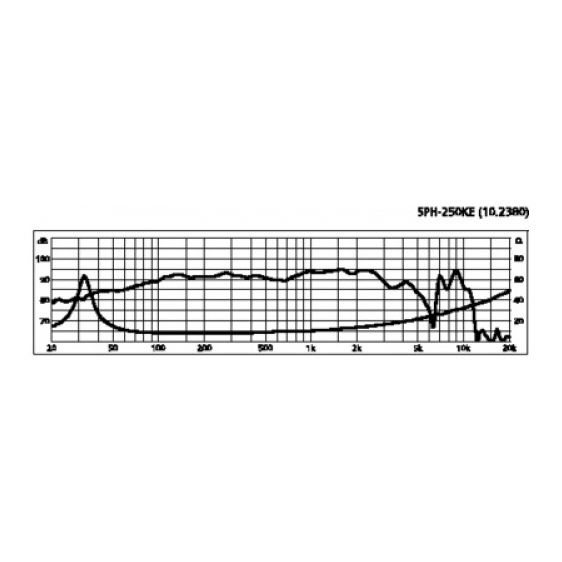 The Monacor Units are supposed to be alright. Remember the second magnet on that mid-range is just for shielding.

For drivers, BMM Electronics are very good, and usually cheaper than most even with Delivery/VAT.

If you dont mind a paper mid-range, I would recommend the Seas CA12RCY, lovely unit! It has a very flat and extended mid-range up to 4.5kHz or more with a very smooth roll off, which makes it easy to integrate with a tweeter in the crossover.
You must log in or register to reply here.
Share:
Facebook Twitter Reddit Pinterest Tumblr WhatsApp Email Link