cd player with a volume control ?

can anybody please suggest a cd player that has a volume control feature so i can use it with a pair of active speakers ?

my budget it £500 max and the unit needs to be brand new as i am not interested in buying 2nd hand.

years ago i used to own a sony cdp xb930e uk tuned cd player that had a volume control on it . i always wondered why it had this feature and i often wish i had not sold it..

any suggestions will be appreciated.
D

Generally the volume control on CD players is for the headphone out socket.
Last edited by a moderator: Feb 17, 2020
Reactions: Dom, insider9, Al ears and 1 other person
D

the sony unit did not have a headphone socket. i presume the volume control was to allow it to be connected direct to a power amp ?

the active speakers i'm considering have volume controls but no remote !

plus 1 said:
the sony unit did not have a headphone socket. i presume the volume control was to allow it to be connected direct to a power amp ?

the active speakers i'm considering have volume controls but no remote !
Click to expand...

Your Sony would certainly have allowed connection to a power amp (or just level matching with other sources into an integrated). On some old players the v/c did both headphones and line out simultaneously.
Presumably you'd like the control closer to the player than the speakers. You can buy in-line volume controls.
Better still, if you're OK with a drill and soldering iron, making your own could be a nice little project - a high quality control in a small metal enclosure, hard wired, or with gold chassis sockets, wouldn't be remote controlled, but then neither was your Sony's v/c was it?
If you want some ideas, have a look at this. He's using a switch (which you wouldn't need) and his own choice of sockets, but it shows what you could do: 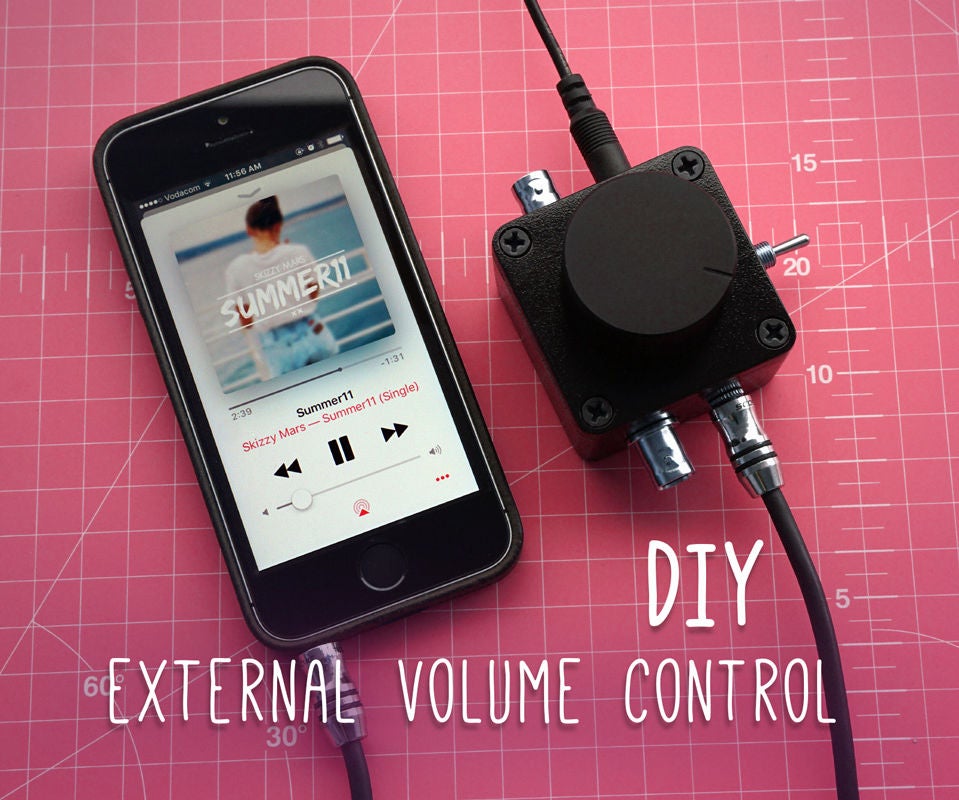 DIY External Volume Control: Phwoar, volume knobs. Arguably, the best kind of knob. And certainly the most enjoyable part of any decent audio gear - you can tell a lot about an amplifier or DAC by the texture and rotation quality of it’s primary enloudener.But there&rsquo…

www.instructables.com
It's no bodge. The control he's used would (almost certainly) be of better quality than that in your old Sony and possibly the one in the active speakers too.
Last edited: Feb 18, 2020
D

£299 for one of these & you can stream , preamp & headphone amp
£100 for Dvd/Bluray/cd player as a transport via coax in or get the matching project unit
USB input for computer & Otpical for your TV

I first met Pro-Ject Audio Systems' founder and president, Heinz Lichtenegger, in 2016, at the US launch of the Austrian company's The Classic turntable. His passion for all things hi-fi was so intense I thought his head might explode. Gleeful in his mission to bring high-end audio to the people...

I know you’re not interested in buying second hand. But personally I would seriously consider getting yourself another Sony CDP-XB930.

Ive had mine 20 years and it’s still perfect. There is usually a few on the usual auction sites to choose from.
D

thanks for the suggestions however d.i.y is not for me and i want to keep the box count as low as possible. will look into sourcing another sony 930 !
Reactions: Gray
L

I still have a Pioneer 8700 CD player, this has 2 line out sets of outputs, one of which has a volume control which can be operated with the remote. Still a nice player.
Reactions: Gray
You must log in or register to reply here.
Share:
Facebook Twitter Reddit Pinterest Tumblr WhatsApp Email Link